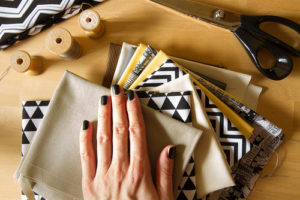 You may have known about clothes that are capable of heating up or cooling down according to the wearer’s wish. This might soon become a reality according to what researchers from the University of California, Irvine (UCI) are claiming. They drew inspiration from nature in crafting a material that would possibly make this happen, unlike the wholesale cotton fabric. This material uses ideas from that of a squid’s body and is also said to be capable of stretching way beyond its normal state and then back to it a number of times without giving way to wear and tear.

The Science Behind it

The team looks up to the camouflage capabilities of the organism to craft their design. Squids have a type of skin which could rapidly change color. The scientists realized that they could use a similar principle in infrared in order to exercise control of transmittance and reflectance of heat.

The material was developed from the copper nanostructured film which happens to be embedded in a polymer matrix, which in turn has the same capabilities as a space blanket. The material can adjust temperatures so that the wearer feels comfortable wearing it. For instance, like the space blanket, it reflects your own body and maintains it in a warm state. As the environment gets hotter, its properties change and it releases heat, thereby helping you to get cool.

The material was initially tested on a guarded hot plate that resembled human skin in properties. According to the research team, when the material was stretched, it released heat and cooled the skin. They are currently working to incorporate better control into the material using an app to control the amount of heat dissipation.

This also stands posed to be a great discovery for the sports universe. They have already struck partnership with one of the athletic apparel companies. Its makers also believe that it can be used in offices as well. According to them, every person has a different temperature requirement and this material could provide the ideal remedy for that problem. In other words, this could lead to a potential 30-40 % savings on heating and air conditioning bills. The material could bring several drastic changes to the custom knit fabric industry as well.

The advent of the newly developed material could change the apparel industry drastically. There are several benefits to wearers if they use this material as it is capable of changing the temperature according to the desire.